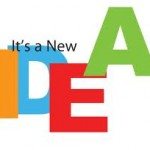 I thought it was time to discuss plans about the forumite forum. I say discus but I generally want to put ideas across and see what people think. Some of my ideas may be a bit different from the norm but to avoid being accused of trying to rip of MM forum I would like to make something a little different here. I would like to create a community that gets rewarded for being a contributor to the site. Somehow, and I have ideas ;) I would like to raise funds to the point were each contributor gets something in there Christmas stocking every year or the likes “To be discussed” .

If that idea was to go ahead I would need a group of people to discuss this idea with, that is, the way to go about it, how the system would work and what is classed acceptable contribution to forumite. So let’s say a committee of sorts like you would in a working mens or local social club. The over idea though is to improve the site and ensure it gets the best of treatment and long and uninterrupted life.

The committee would also be mods but apart from that would get the vote on how the site works, looks, features etc…. One big plan is some weekly how to’s, news and so on. These wont be posted in the forum but instead in a post section. The basic idea is get the site full of info, lots of it.

So, that’s just some ideas, but I really do need, as above a committee to discus ideas with. These committee members will need to believe and be interested in the project and its future. At the moment the site is stored on my crappy servers but over time I hope to move it to better and much more reliable servers. Each committee member will receive their own forumite email address if they want it. Six forumite committee members will be a good starting point.

If interested send me a private message and we will go from there.