Reply To: Fibre to the Premises

I still think that there will be a way of pretty much moving to all wireless, a lot depends on where the master socket is located.

The trick is to get a decent AP up high (mine is on the top landing ceiling) and cabled back to a cabinet in the garage via an external cable hidden behind a down pipe. The master socket is in the kitchen but a quick hole through the wall into the garage accommodated the RJ11 cable which is then extended to the cabinet via a Cat 5 cable and baluns. 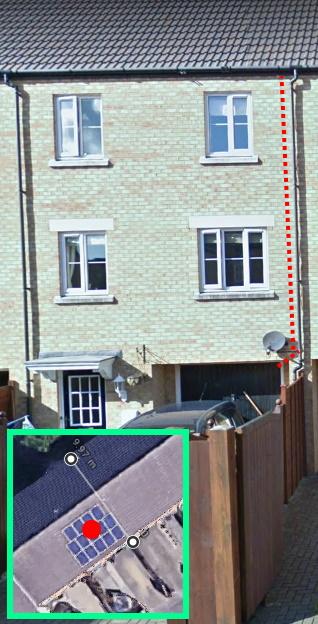 If the cable is impossible it is possible these days to get a mesh system working relatively easily. Generally the base unit is a router, so to avoid the dreaded double NAT you need a proper VDSL modem like the Vigor 130 that basically converts the VDSL into Ethernet. The base unit router deals with the ISP authentication, not the modem. The TP-Link Deco Range looks promising and is becoming a mature product.

As ever, so much depends on the house layout and what the walls are made of. That’s why I favour the top down approach as ceilings are generally not so much of an issue as walls.

On the TT front I had a call from their leavers Dept offering all sorts of price matching. I tried to tell them that price wasn’t the reason I was leaving it was their terrible customer service and things like data breaches. It just didn’t sink in, no apologies or anything just more banging on about cost and trying to slag off Vodaphone. In the end I had to say that I wouldn’t stay if they paid me, but the aggressive tactics were still being used so I just hung up.

First day with Vodaphone and the long suspected line error has been identified (but not yet what it is) without looking at DNS caches on a single PC or disassembling the master socket. When I pointed out their router was showing the DSL connection stats whilst it was still on TT was enough to convince them the issue wasn’t on my premises so start checking the line. It took mere seconds for the fault to show up. TT will have none of that logical troubleshooting nonsense, you must follow their step by step process every single time. Even when you get to the end they are very threatening about costs if it’s still proved to be an issue on your premises. It’s all about making it difficult to complain (and therefore show up on stats) and the escalation process is non-existent. I had to prove it was their router by buying a third party one then everything started to work.